Home Tech Want to Feel Stress Free? There’s an App for That 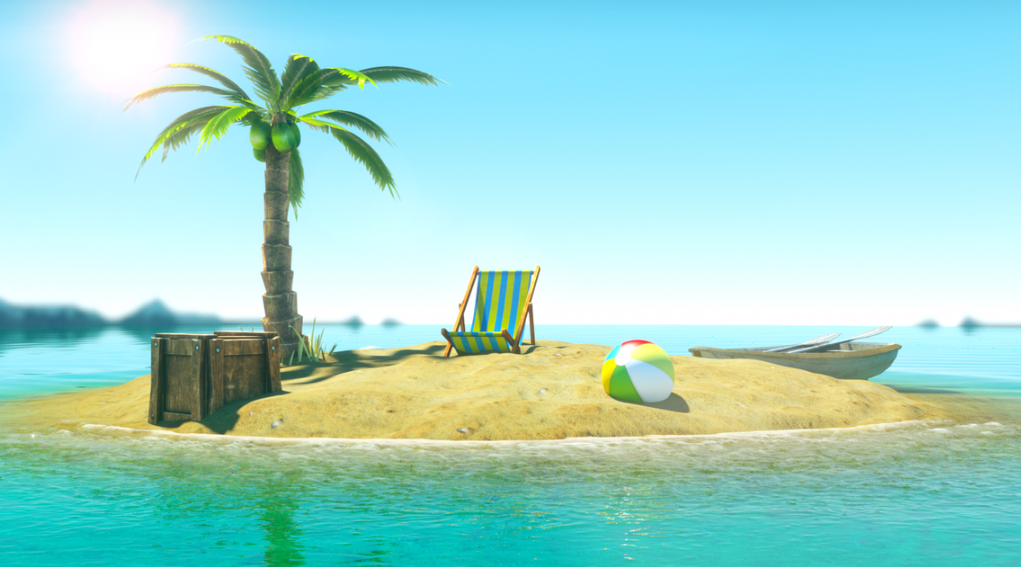 “Feel Stress Free” is a dreary name for such an invigorating app. Here’s why it’s the best thing I’ve ever downloaded (apart from Duolingo)… 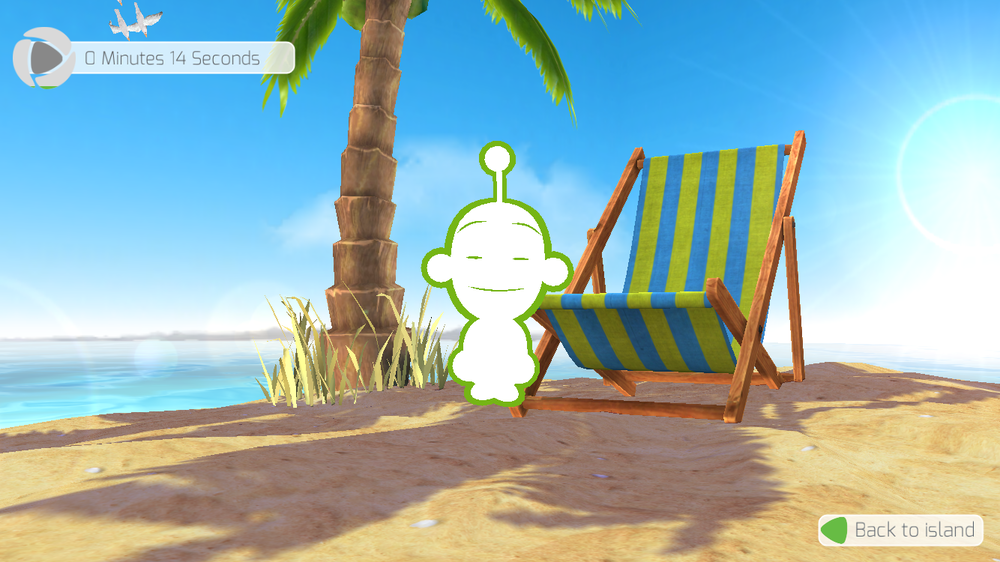 When my boss first asked me to “take time out” to review a new anti-stress app – a few things entered my head:

1) An app can not stop you from being stressed out
2) I am not stressed out
3) I can’t “take time” to review a fancy app when I’ve got so much to do, and I still need to call the bank, and my coffee’s gone cold again, damn it, and I need coffee before I can even think about writing anything AT ALL – not that there’ll be any milk. Is it Friday yet?

So here I am. As much as it pains me to admit being wrong, I was. On all of the above points.

The Feel Stress Free app by Thrive is quite a lot more than the name suggests. There are lots of sections including breathing exercises, meditation, self-hypnosis, message and even a mood meter to measure your emotions and suggest relevant activities. 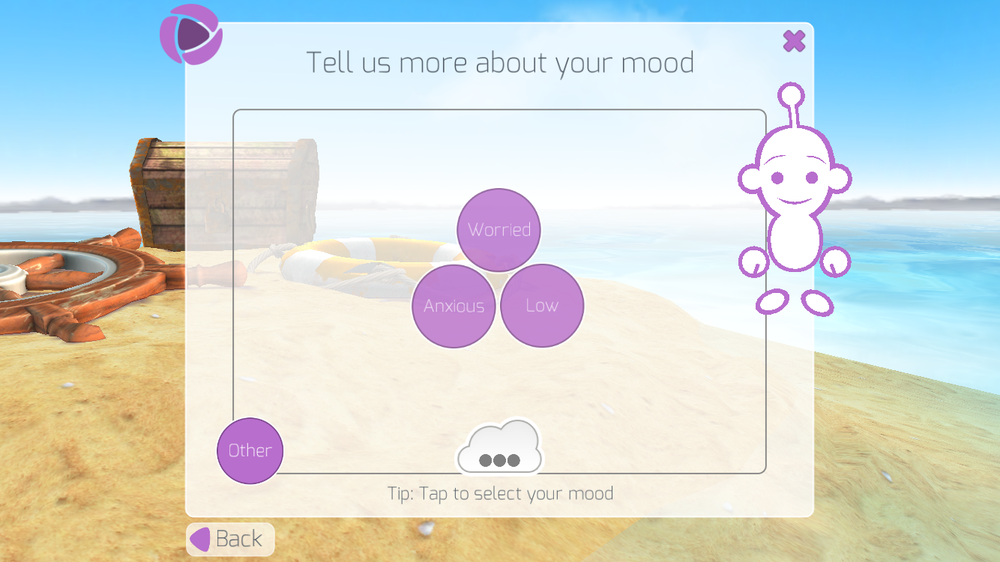 I found it a little bit annoying that all the sections were locked and you had to unlock them by completing tasks given to you by a smiling little avatar, but once it’s done you’re free to use all the features. Also, he’s cute, and you sort of want to tickle him, so it’s hard to stay mad.

One of the features which really cheered me up (and even cracked a smile) was the Zen Garden – a virtual sand garden where you arrange shells, water holes and pebbles to create your own relaxing area to hang out. I got a little bit excited when I discovered I could rake the sand around and make pretty patterns, and was occupied for a good while. Was I starting to feel happier?

Now here’s the really interesting part, and for the time being, joking aside – the Mood Meter. The cute little avatar asks you to rate how you’re feeling, which is linked to a range of suggested activities within the app. As you can see below, I was feeling low (aww) – and he asked me to meditate with him – so I did! I think I love him.

As I was trialing the app for the purpose of writing about it, I went back to the mood meter (metre) about 40 times, rating myself somewhere between depressed and elated. I did this so many times that a real person would probably have called the police – but not him – he understood. He did, however, tell me I’m, experiencing emotional troubles and advised me to see my GP. Erm, back to the Zen Garden.

I’m quite proud of this one I made:

Now, as much as I’ve been making light of things so far, it’s time to be serious for a minute (I am in fact capable of this). Feel Stress Free has an element of fun about it, but it is actually a very well-researched stress management programme which uses professional methods to help certain anxiety and mental health issues. As much as I can make a joke, I am no stranger to the stresses of modern life and anxiety, and I must take this opportunity to praise Thrive for this app.

Anyone who has suffered from stress may have heard of cognitive behavourial therapy – This app uses the cute little man/avatar/character as a thought trainer to help guide you though the process. The process is about re-training negative thought processes which ultimately impact on your state of mind and mood.

I gave a lot of time to the app because I was reviewing it, but also because I genuinely found it to be helpful – the Thought Trainer even personalises itself to your own experiences- while the mood metre/meter tracks you over time. It’s a little bit like a little cyber friend who happens to know a lot about mental health.

Now for the bit I’ve been looking forward to telling you about, the Message in a Bottle feature: 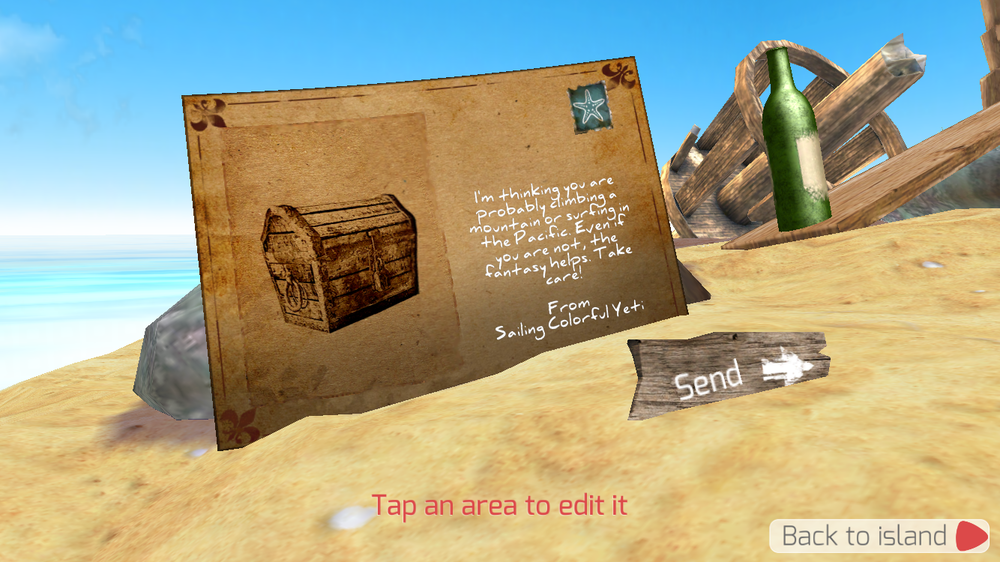 This is a completely confidential, anonymous social feature where you can send messages of reassurance and good will to fellow users. I sent a few messages out and, low and behold, it made me feel good! A bit like giving a gift and knowing you’ve made someone’s day better.

I logged in the next day to find a little bottle floating in the water – one for me! It read:

“You don’t know me and I don’t know you, but I think it’s worth reminding you that you are amazing. Take care, from Charming Social Dolphin.”

Aww, thanks! I am amazing I guess. But really, it is a great feature which allows you to connect with others. Also, you get to choose a cool anonymous name with an adjective, adverb and a noun, usually the name of an animal. So I decided to be:

Which I sort of wish was my real name.

I feel like I’ve rambled endlessly about this app, and I still haven’t fully covered the other parts of it including Self-Hypnosis and Deep Muscle Relaxation – but I hope I have at least convinced you to try it, because, stressed or not, it is not to be missed.

So – having been on the ride that is the Feel Stress Free app, I have concluded that in fact:

1) An app can in fact stop you from being stressed out
2) I was stressed out
3) I’m glad I took the time to review this because it was more fun than calling the bank, cold coffee tastes nice, and there was milk in the fridge all along. Also, I’m amazing, it said so in a bottle.

Check out the app here