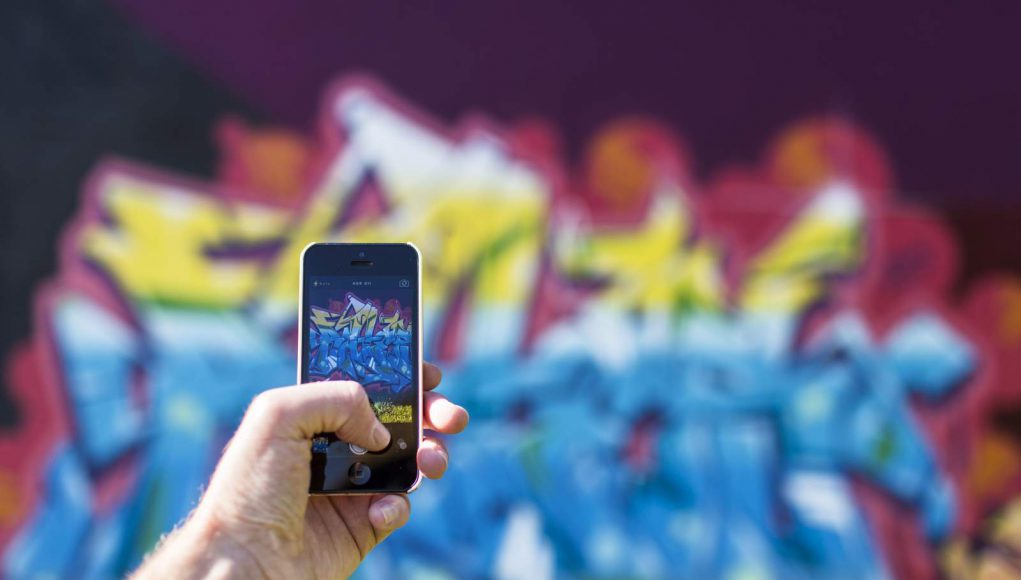 There will probably be time for the evolution of a code of telephone manners before telephones become as common as door bells. – 1905 (1)

The subject of modern mobile manners is a tricky one at the best of times. The debate is dominated by revolutionaries, who angrily reject ‘outdated’ manners that attempt to limit modern life; the background grumblings of technophobes whose outrage rears its head with every innovation; and the creeping feeling that the discussion is all academic anyway, since mobile technology is developing faster than we can write the rulebook.

There isn’t a single voice on the matter – which is often the case when it comes to the rules-of-use of progressive technology – and what we’re left with is the increasing need to use mobile technology, with only a vague idea of the acceptable way to do it. Cue society’s digital dilemma.

In practice, smartphone users have to navigate their way around conventional advice like ‘one should not interrupt physical company with digital conversations’, alongside the increasing social expectation to be permanently connected, informed on the latest news, and even “checked in” on their networks wherever they go.

This is the modern challenge we face. Smartphones are a multi-use device, performing several functions in our work and private lives. In other terms: wherever we go, they go. Our broad use of the technology provides the perfect platform for us to slip up when it comes to traditional manners, and our consistent use of it means there’s plenty of opportunity to do so.

Several attempts have been made to improve telephone manners over the last century but those rules were anchored to a technology with a single purpose. Old-fashioned phone etiquette had the simple task of promoting polite words or efficient conversation – and not much else. And even during the tethered telephone years, they weren’t without their cynics. As far back as 1905, the traditional telephone was referred to as an “instrument of torture”(2) and “invented to promote the use of profane language.”(3) So, how do we recommend a helpful guide to modern mobile manners that reflects the way we use our smartphones and still manages to keep the peace?

Rather than trying to tackle the panoramic issue of mobile manners, it’s probably more realistic to isolate some of the worst single behaviours and do our best to reign them in instead. Zooming in on the nation’s most-loathed habits – like our tendency to walk-and-text without looking up (41% of us can’t stand this mobile habit), stare at our phones mid-conversation (40%). and even answer the phone while on the toilet (19%) – we can start to reform a few of the worst-offending behaviours.

But when it comes to tackling our mobile manners, it’s important to keep in mind that patience is also a virtue. Bad mobile habits might annoy 93% of smartphone users, but two thirds of them say they’ve got at least one bad habit themselves. And since they’re only the ones they admit to, it’s safe to assume the nation has a fairly big habit still to kick.

The abuse of the telephone, Freeman’s Journal, Dublin, Republic of Ireland – Thursday 28 December 1905 (2)

The abuse of the telephone, Freeman’s Journal, Dublin, Republic of Ireland – Thursday 28 December 1905 (3)