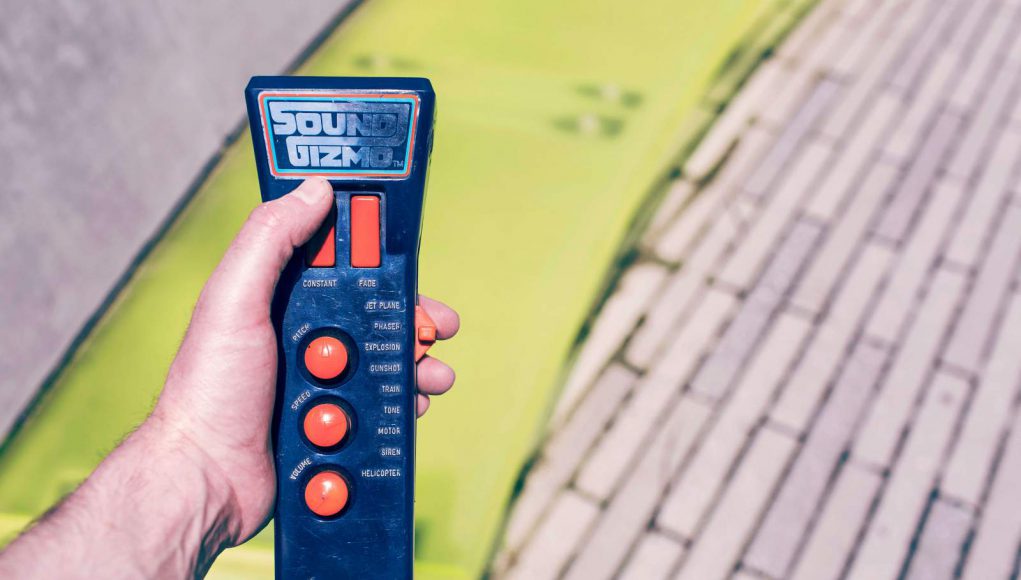 IoT devices going online today range from heart-rate monitors to insulin pumps (not to mention automobiles). Think about the potentially life-threatening challenges arising from such a connected universe, especially when device security has trailed in the distance.

The whole model needs reversing—with security as the top priority.

Internet of Things spending is poised for a $1.29 trillion expenditure by 2020, claims International Data Corporation (IDC). The IoT community is churning out advancements daily, and the phrase “internet of things” receives 201,000 monthly searches on Google’s search engine.
But can the rapidly-growing IoT community be trusted to innovate endlessly without focused attention on cloud security? Problems—dangerous ones—wait on the horizon.

Your Daily Routine is in the Cloud

Firstly, we’ve arrived at a time when first-world necessities, like refrigerating food and closing a garage door, can be disrupted by a disturbance in the cloud. The recent Amazon Web Services cloud outage certainly provided a wake-up call for many smart-home owners who have started relying on the IoT for their daily needs.

Some people lost the ability to turn on the lights, while others 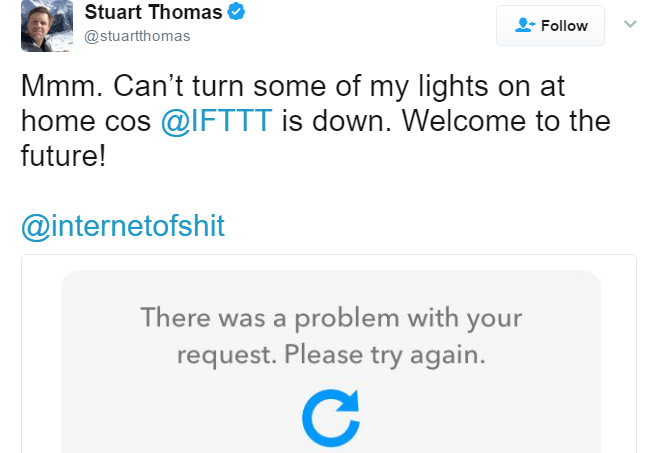 couldn’t control the locks on their doors. With more and more daily devices, such as refrigerators and freezers, connected to the cloud, a simple down-time of four hours could be the difference between frozen ice cubes and puddles in the freezer.

Medical Devices in the Cloud

Secondly, as Gigamon puts it, “security of IoT will become a life-threatening issue.” Medical devices—Gigamon references heart-rate monitors—are “connected” devices. Imagine a world in which nefarious hackers or simple coding errors could lead to a patient’s death (the Amazon crisis came about by human error, remember?).

Are we advocating for a pause in cloud innovation or IoT technology? Absolutely not. But cloud security is now the chief concern.

IDC conjectures $433.95 million in cloud security spending in 2017—let’s hope the number is at least that high.

Businesses Rely on the Cloud

Companies are adopting the cloud more than ever for several reasons, and business continuity remains a leading motivator. Businesses now have the option of staying online during natural disasters or fires—no data is lost, employees can stay in touch, and clients aren’t left “out in the cold.”
But why would a company adopt a cloud phone system only to see it go down when Amazon, Microsoft, or Google has a glitch in their web service?
For now, enterprise companies and small business owners alike should avoid using the cloud as their only way of serving content to their website – if possible, backing up data on-site is still a good option.
When a company relies on a cloud vendor—meaning Amazon, Google, and Microsoft—to host its data, it is basically at the mercy of the vendor. The company’s IT staff is no longer the authority on problematic SQL commands; a database administrator at the vendor company is.

If the IDC projection of $433.95 million towards cloud security spending is accurate, IoT will be far less volatile than the already-tumultuous start to 2017.

Add to that the proliferation of niche web service providers (instead of Amazon providing a one-size-fits-all solution, a healthcare-focused cloud provider could gain popularity, for instance), and the future of IoT and cloud services may not be so life threatening after all.